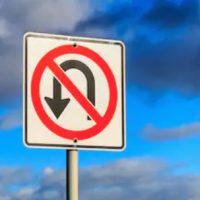 A motorist was seriously injured Monday, July 20, 2020, in a collision with a big rig early in the morning. According to the Highway Patrol, the driver of the semitrailer was traveling on I-275 just north of Tampa when he approached State Road 56. The driver decided to turn left so that he could make a U-Turn and head south on I-275.

A 55-year-old driving a white van was travelling behind the semi when the driver made the illegal turn. Consequently, the van collided with the left-hand side of the trailer. The van driver reportedly suffered serious injuries, whereas the semi driver was unharmed. Highway Patrol cited the semitrailer driver for making an illegal turn, but we do not know if any criminal charges are pending. The authorities have not released the names of either the semi driver or the accident victim.

What to Do after a Reckless Driving Collision

This most recent truck accident is a disturbing reminder of how vulnerable motorists are on our highways due to the presence of big rigs and other large commercial vehicles. We are not surprised that the van driver was seriously injured whereas the driver of the big rig suffered no injuries. Because these trucks are so large, drivers know they are not personally vulnerable if they make a mistake, which gives some of them an incentive to drive recklessly.

If you were injured by a truck driver on the highway (or any road), you should take certain steps. First, you need to document the risky action the truck driver took. Many of them cause accident when they engage in reckless acts, such as:

Here, the driver was making a U-turn illegally, leading directly to the wreck. A motorist should document the truck driver’s actions as best they can. This might include giving a witness statement to the police and identifying witnesses.

Second, fully document your injuries. Go to the doctor after leaving the accident scene and take pictures of your cuts and bruises. Fully documenting your injuries increases the odds of receiving favorable compensation.

How to Drive Safely around Big Rigs

These vehicles have huge blind spots, which might have contributed to the crash that occurred on I-275. The trucker possibly couldn’t see the van travelling behind him when he started to make the illegal U-turn.

To protect yourself, never get too close to these trucks. Maintain a safe distance and do not pass unless necessary to keep up with the flow of traffic. Because of the size of the blind spots, a passing vehicle will be invisible to a trucker for a few seconds—just long enough for tragedy to strike. If you cannot see a driver in his mirror, then the odds are high he cannot see you.

Contact Us after a Truck Driving Accident in Delray Beach

Earnhart Law understands the process of obtaining compensation following a truck accident. If the driver made an illegal maneuver, or if he was driving carelessly, you might be entitled to compensation.

Give us a call at 561-265-2220 to schedule your free consultation with one of our Delray Beach truck accident attorneys.