Most Popular Stolen Vehicles in the US and Florida 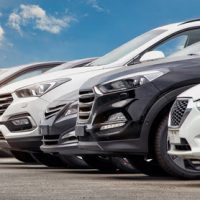 According to a report cited by ABC, 2018 saw almost 750,000 motor vehicles stolen in the United States. That number is slightly lower than the number of motor vehicle thefts in 2017, which is good news. Nevertheless, any theft feels like a gigantic loss to those whose car was pinched.

Thieves are also a primary reason why there are many hit-and-run accidents in our state which leave victims in serious pain. If you have been injured in a hit and run car accident, please contact Earnhart Law today. We have more than 3 decades providing compassionate legal representation as we fight for justifiable compensation for your injuries.

According to the National Insurance Crime Bureau’s report, the top 10 cars stolen in the US in 2018 were:

Those in Florida were more likely to steal the 2006 Ford F-150 pickup truck, which was the #1 stolen vehicle in our state. Other popular models included the 2017 Nissan Altima, 2018 Toyota Camry, and the 2017 Honda Accord.

According to police, thieves tend to steal vehicles that are popular so that the vehicles can be sold for parts. The more popular a model, the more likely that demand for spare parts will be high. It is much riskier for thieves to try and sell an entire car, since police can use the VIN to identify if it was stolen.

If you carry comprehensive insurance, then the theft of your car should be covered. However, there are usually waiting periods put in place because around 46% of all stolen vehicles are ultimately recovered. The insurer wants to be reasonably confident that your vehicle is really gone before they pay a claim.

Generally, a theft is considered a total loss, so you will need to reach an agreement with your insurer for the value of the car minus your deductible. Sometimes, disagreements break out, especially if the insurer wants to undervalue your vehicle.

If you were struck by a thief, then obtaining compensation for your injuries could be difficult. If you have personal injury protection (PIP) benefits, then you can usually receive those. Most people only carry $10,000. If you have uninsured motorist coverage, then you will probably be in better shape and can recover more in compensation. Hit and run accidents are very complicated, so talk to a lawyer about your case.

The Delray Beach car accident lawyers at Earnhart Law have helped thousands of people obtain compensation following car accidents. Our attorneys are adept at identifying which insurance policies are in play and at making insurance claims for compensation. For help with your case, please contact us today for a free consultation.