Is the Trailing Car Always Responsible for a Rear-End Collision? 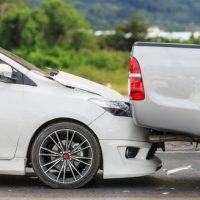 At Earnhart Law, we are often asked whether the driver who strikes another car is automatically responsible in a rear-end collision. And we are surprised that many people assume that the answer is always “yes.”

In fact, the trailing car is not always responsible for a rear-end collision—though they often are. Instead of assigning guilt this way, a lawyer will need to carefully examine the surrounding circumstances.

How Fault is Assigned in Florida

Florida, like all other states, requires that motorists operate their vehicles in a reasonably careful manner. This standard does not require that motorists be perfect. However, they must exercise ordinary care.

Many drivers are not sufficiently careful but instead:

These drivers often collide with the vehicle in front of them, causing a rear-end collision. However, these drivers are at fault for the collision not simply because they were the trailing car but because they operated their vehicle carelessly. In other words, the driver was negligent and therefore responsible for the crash.

In some situation, the car in front might be responsible for the crash. For example, the lead driver might:

In these situations, the lead car driver has not operated their vehicle in a sufficiently careful manner, which means they are negligent and responsible for the crash.

Both Drivers Can Be at Fault

Florida law also recognizes the concept of comparative fault. This means that both drivers can be negligent and contribute to an accident. If so, each driver might have a valid claim with the other driver’s insurance company.

Earnhart Law has been representing auto accident victims for over 30 years. Our detailed approach to the law has yielded tremendous dividends for our clients. To speak with one of our lawyers, please schedule a free initial consultation by calling 561-265-2220. Avoid delay.