Easter Bunny Involved in Hit and Run Has Been Caught 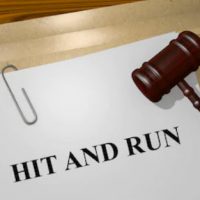 He was a viral sensation: a man dressed in an Easter Bunny costume was recorded getting into a fistfight last year. Now, the man has been involved in an equally serious crime—he was involved in a hit and run accident when he ran a stop sign on his motorcycle before crashing into a carport. The man then fled the scene of the accident without notifying authorities.

But, according to Fox News, the story gets even weirder. Police responded to the motorcycle accident and were told by neighbors that the biker was limping across the yard. Police then went to the man’s home only to see him speed away—dressed in the same Easter Bunny costume and sitting in the back seat of a gray car.

Fortunately, the man, 21-year-old Antoine McDonald, was arrested shortly thereafter. He denied being involved in the motorcycle crash but was booked by police anyway and is being held in Seminole County jail. He faces multiple criminal charges, including driving on a suspended license, operating a motorcycle without a license, and leaving the scene of a crash involving property damage.

Unfortunately, this is not the first run in with the law for Mr. McDonald. After becoming a viral sensation for his fistfight while dressed as the Easter Bunny, he garnered unwanted attention that led to his arrest for burglary. We await the disposition of his current criminal charges.

Hit and Run Accidents Are No Laughing Matter

Over the past few years, Florida has witnessed what Florida Highway Patrol has called “an epidemic” of hit and run accidents. Motorists have even struck pedestrians and occupied vehicles before fleeing, which is not something that the Easter Bunny has been accused of, since he only struck a carport. (Although he did get into a fistfight with a person).

After being hit, many accident victims struggle to pay for their medical care and cover other bills, like their mortgage or rent because they are too injured to return to work. Although some people can use their health insurance to pay for some care, many are uninsured. And even those with health insurance often have sky-high deductibles and large copays.

February is Hit-and-Run Awareness month, and we hope the public is inspired to make hit and runs a thing of the past. Unfortunately, we somehow doubt it. We imagine that most motorists are very aware they have hit someone but still flee the scene of the crime, often because they already have a criminal record or because they don’t carry necessary insurance.

If you have been involved in a hit and run, please contact Earnhart Law today. Our Delray Beach car accident lawyers are skilled at helping injured victims find ways to pay for their medical care and other expenses. Sometimes, a hit-and-run driver is found, in which case a lawsuit might be in order, or our clients have uninsured motorist insurance, which we can use to make a claim.