Are Teen Drivers More Dangerous than Other Drivers? 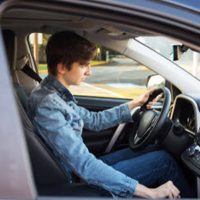 Receiving a first driver’s license is a rite of passage for most Floridians. Now, instead of having parents truck them around to school or work, teens can drive themselves. True, Florida places limits on young drivers. For example, parents can rescind a teen’s driver’s license at any point, and six points on a license can result in restrictions on when a teen can drive. Still, each year thousands of teens earn their first license and take to the roads.

But are teens more dangerous drivers than anyone else? Below, we look at some statistics that indicate our concern with teen drivers is warranted.

Teens Cause Disproportionate Damage in Accidents

According to the Centers for Disease Control (CDC), about 2,346 teens were killed in car accidents in 2017, and another 300,000 were injured. These are horrifying numbers, but they don’t tell us much about whether teen drivers are more dangerous than other people on the road. Older drivers get into plenty of wrecks, too.

So the CDC looked at other numbers. It found that drivers aged 15-19 were 6.5% of the population. However, their fatal and no-fatal accidents caused around $13.1 billion in damages. This represented around 8% of the total costs from car accidents. Based on these numbers, it looks like teens get into more accidents or suffer more serious injuries, or some combination of the two.

Teens Are More Likely to Die in a Car Accident

According to the CDC, teens are 3 times more likely than older drivers to die in a collision. We suspect this is because teens don’t wear seat belts or engage in riskier driving, like speeding or passing illegally, which carries an increased risk of a fatality.

Teens Are More Distracted than Other Drivers

Distracted driving is a huge problem on the road, and many teens are distracted, particularly by electronic devices like their cell phone. According to a study from the Governors Highway Safety Association, teens were the largest proportion of drivers who were distracted while driving. The elevated risk of fatal accidents remains high for drivers well into their 20s and only then begins to drop.

Teen Passengers Increase the Risk of an Accident

The reason? Teens tend to egg each other on, in particular teenage boys, who often encourage other boys to engage in risky driving behavior. Florida has a graduated driver license requirement that is meant to ease teens into driving. However, our requirements don’t limit who can be a passenger in the vehicle, which is something parents should do on their own.

If a teen has struck and injured you, please contact Earnhart Law. We have obtained favorable settlements for hundreds of clients, and are prepared to file a lawsuit if necessary to protect your rights to compensation. Contact our Delray Beach car accident attorneys today to schedule a free consultation.