DUI Fatalities: What are the Most Dangerous Florida Cities 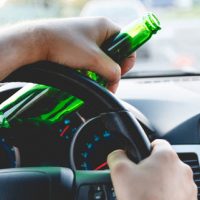 The insurance website Value Penguin performed an interesting analysis. They looked at DUI deaths in Florida and ranked the most dangerous cities for a DUI death. As the report notes, Florida saw 515 DUI deaths in 2017, but to judge the deadliest city you need to analyze deaths on a per capita basis. Since larger cities have more people, you will naturally see more DUI deaths there, but that doesn’t mean the city is especially dangerous.

First the good news. Florida DUI deaths declined 6% from the year before. And some cities actually saw a decrease of over 50%. However, other cities saw alarming increases in DUI fatalities.

Sarasota ranked as the most dangerous Florida city for DUI deaths. It registered 12.2 deaths per 100,000 residents for the last three years. These numbers make Sarasota by far the most dangerous city in the state. Its rate of deaths was twice that as the number 2 city, Lakeland.

And the chances of being killed have only gotten worse over time. In fact, the rate of being killed by a DUI in Sarasota shot up 73% over the last three-year period studied.

With 6.5 DUI deaths per 100,000 residents, Lakeland landed in the second spot. However, the death rate is skyrocketing. It has risen by 171% over the period of time studied.

Jacksonville: Most Absolute Deaths by DUI

Jacksonville is Florida’s largest city and, unsurprisingly, had the highest number of DUI deaths: 138 over three years. Of course, because it is so much larger than Sarasota and Lakeland, it is only the third most dangerous when adjusted for population.

What makes Jacksonville so dangerous? It is the only city in northeastern Florida to be ranked in the top 10. Penguin Value suggests that having Route 1 is a prime reason, as that is a very dangerous road.

Where Does Delray Beach Rank?

The good news for Delray Beach residents is that our city ranks very low on the list. We come in at #81, with a DUI fatality rate of only 1.1 for every 100,000 people. That puts us close to Kissimmee, North Miami, and Winter Haven—and lower than Palm Beach Gardens, which had a DUI fatality rate of 1.38 per 100,000.

Were You Injured in a DUI Accident?

If you or a family member has been injured or killed by a drunk driver, then you could receive compensation for your injuries. Drunk driving is not only a crime, but it is also a type of negligence, meaning that the drunk driver is civilly liable for any injuries he or she causes. You can be compensated for medical bills, lost income, property damage, pain and suffering, and emotional distress.

At Earnhart Law, we have represented many people victimized by drunk driving collisions. If you have been hurt, or if you know someone who has, then please contact our Delray Beach personal injury attorneys today. We have represented people like you for over 30 years.