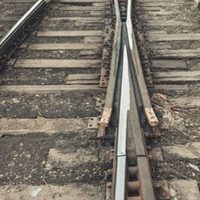 According to NBC Miami, the Brightline Train has claimed another life. The most recent accident happened on Tuesday, March 17, 2020 in the morning. The NBC chopper was on the scene shortly thereafter and reported that the accident took place near the 600 block of Northeast 7th Avenue. The car had been struck on the passenger side and had sustained serious damage.

At least one person has been killed in the crash and another was injured. The police were continuing to investigate the crash and have not yet released the names of the victims at the time of this writing.

Is the Brightline the Country’s Deadliest Train?

Anyone reading the news is well aware that the Brightline has crashed into numerous people over the past 12 months. A couple months ago, NPR made headlines when it announced that a study had found the Brightline was the deadliest train operating in the United States.

The analysis had been performed initially by the Associated Press (AP), which studied the number of deaths for trains based on the number of miles a train ran. What the AP found raised eyebrows: the Brightline had the worst death rate per mile of all trains in the country. The Brightline, which runs from Miami to West Palm Beach, averaged about one death per month, which is a lot given how few miles it travels.

The Brightline is not a high-speed rail. However, with speeds up to 79 miles per hour, it can certainly travel fast enough to cause devastating damage when it strikes a vehicle or pedestrian.

What Is to Blame for the Alarming Safety Record?

Most people probably don’t consider the Brightline to be more dangerous than other trains. However, those trains probably travel more miles, so their number of fatalities should be higher.

What can we attribute the number of accidents to? For its part, the company blames suicide and drug use. It recommends launching a public relations campaign to keep people off the tracks.

Admittedly, there is some truth to these statements. As NPR noted, suicides make up roughly 30% of all fatalities on trains around the country. However, Brightline has claimed that around 75% of its accidents are suicides, which seems high.

However, we encourage the state to take train safety seriously. Public education is good, but other plans could be installation of gates so that vehicles cannot get onto the tracks. There definitely seems to be a future for rail in Florida, given the congestion on our roads.

However, accidents can have catastrophic effects. Even if a victim survives, he or she could suffer amputations, brain injury, and spinal cord damage, all of which leave him or her permanently disabled. These disabilities are often expensive, especially when a train accident victim cannot work.

Speak with One of Our Personal Injury Lawyers Today

If you were injured in a train accident, contact Earnhart Law today. One of our Delray Beach personal injury lawyers will meet with you to discuss your options for compensation. You can get ahold of us by calling 561-265-2220.