Your Uber Could Have No Driver 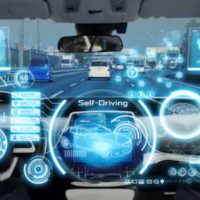 According to the Insurance Journal, Florida’s Senate has recently passed a bill that could open the door for rideshare companies like Lyft and Uber to use driverless vehicles. The bill passed the Senate unanimously on May 1, without any debate. In April, the Florida House had also passed the bill unanimously as well.

According to the Representative sponsoring the legislation, Florida is aiming to become a leader in the nation with driverless technology. Currently, Florida has a law that allows self-driving vehicles on the road so long as there is a human backup in the car as well. If Governor DeSantis signs the bill, then the only person in the Uber or Lyft will be passengers.

The news media is full of stories about accidents involving self-driving cars. Just a sample includes:

A similar story occurred even closer to home; to be sure, according to a May 16th report in the Verge, the Autopilot system of a Tesla Model 3 was active when the car, driven by a 50-year-old man, crashed into the side of a semi-truck, killing the driver. Neither the Autopilot system nor the driver “executed evasive maneuvers” before hitting the truck, according to a report provided by the National Transportation Safety Board.

But do these stories mean that a driverless vehicle isn’t safe? After all, plenty of vehicles with humans at the wheel get into ugly accidents every year. Indeed, about 90% of car accidents are caused by human error, and self-driving vehicles promise to eliminate most of these mistakes. Although autonomous vehicles will never be 100% safe, that doesn’t mean they aren’t safe to ride in.

Who Is to Blame if Your Driverless Uber or Lyft Gets in a Crash?

In our opinion, not much will change in terms of receiving compensation after an accident. Currently, you can receive compensation as an injured passenger in a Lyft or Uber from the motorist who caused the accident. If the responsible driver is the Uber driver, then Uber’s insurance will kick in to cover your losses. If a different driver struck your vehicle and injured you, then you would make a claim on that driver’s insurance.

What will probably change is the evidence needed to make a claim. Instead of interviewing a driver, your attorney would need to look at data from the autonomous vehicle which can show what movements the car made in the moments leading up to a crash.

Serious accidents deserve serious legal representation. Our Delray Beach car accident lawyers have helped many motorists and passengers receive the compensation they need after a crash. We are fully qualified to represent those injured in Uber or Lyft accidents.

Please reach to Earnhart Law today. You can schedule a free consultation by calling 561-265-2220.