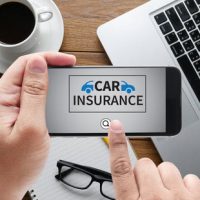 Currently, Florida is one of a handful of states that require no-fault insurance in the form of personal injury protection (PIP) policies. However, this system has come under sustained criticism ever since it was first put into place. Now, The Ledger is reporting that the Florida Senate is considering whether to return to a fault-based system. The proposal has already passed its first Senate committee hearing.

New drivers might not remember the old system, which is what most states use. Under fault principles, a motorist will carry bodily injury liability insurance. This insurance pays benefits when the policyholder is at fault for a car accident that injures someone else.

People have raised many complaints about the insurance system in Florida. For one, the minimum $10,000 PIP policy required by law is much too small. The minimum was set in 1979 and hasn’t changed since then, even though medical care costs have risen dramatically over the past 40 years.

Of course, victims can still sue someone for an accident but only in limited situations. Under a fault system, a motorist can bring a lawsuit whenever they have suffered injury, even if the injury is considered “minor.”

Another complaint has been that the current system is riddled with fraud. Florida has tried to address those complaints by, for example, requiring motorists to get medical care within 14 days of an accident.

The Senate proposal would require that all people registering a vehicle carry at least $25,000 in bodily injury liability coverage, up to $50,000 per accident. Anyone wanting no-fault insurance for medical care could get medical payments coverage as an add on. Motorists would still need to carry $10,000 in property damage coverage.

The new proposal has drawn criticisms of its own. Some Senators believe that it will negatively affect the poorest of drivers by increasing the costs of their premiums. Florida already has a high rate of uninsured motorists on the road. Unfortunately, the more people who forgo car insurance, the higher the rates everyone else pays. This creates a spiral that ends up with massive numbers of people not having insurance because they can’t afford it.

Studies offer mixed messages about whether switching to a fault system will save money. One study in 2016 suggested that consumers would save nearly 6% in premiums. But a different study two years later showed drivers would experience about a 5% increase in costs.

The same Senate committee also adopted an amendment on bad faith insurance lawsuits. Consumers can sue if their insurer does not properly investigate claims or withhold payments for too long. These lawsuits are standard in other states and are necessary to keep insurers in line. The amendment provides options for third parties when they seek a settlement.

At Earnhart Law, we look forward to seeing what the legislature ultimately approves. For now, we remain committed to helping injured motorists obtain compensation under the existing insurance laws. For help with your case, contact one of our Delray Beach car accident lawyers at 561-265-2220 to schedule a free consultation.