Why is Interstate 95 So Dangerous? 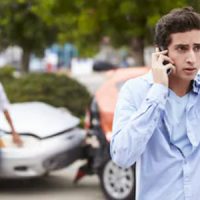 A recent story by the Sun Sentinel highlights one of Florida’s notoriously dangerous roads, Interstate 95. This road regularly rates as one of the most dangerous in the nation, and the Sentinel believes that it knows why: police have not been regularly stopping people. In fact, the newspaper alleges that the highway is being “ignored” by the police.

As experienced Delray Beach car accident lawyers, we fully understand how dangerous I-95 is. Please contact us if you need legal assistance following a wreck.

The Sentinel produced a bunch of statistics to support its claim that under-policing has made the highway dangerous. For example, there are fewer troopers covering this highway today than there were 20 years ago. Also, troopers have written 38% fewer tickets over the past five years, although traffic accidents have increased by nearly 40%.

Interstate 95 stretches from Florida to Maine. However, more than 1 in 3 fatal accidents happen just in Florida, which contains only 20% of the highway.

Numbers like these are alarming and cry out for an answer. The newspaper believes that the absence of a strong police presence is to blame. Interstate 95 does not have a dedicated unit of troopers, whereas others like I-75 do. Officers who spoke to the paper also expressed alarm at pulling people over. Some sections of the interstate do not have any troopers on them for hours during the day.

Without a strong police presence, many drivers engage in risky behavior on I-95. Speeding, drunk driving, lane weaving, going the wrong way—all happen with some regularity since motorists do not feel that they will be pulled over. In August, some people even held a party in the middle of the highway! Fortunately, they dispersed once police arrived at the scene.

The results are catastrophic. In 2018, 117 people died on I-95 in Florida. This number represented a 40% increase in fatalities compared to 2014. Thousands more people suffered terrible injuries in collisions.

Traffic congestion adds to the dangers. One segment on I-95 between Davie and Sunrise Boulevards sees roughly 300,000 cars a day. This is nearly 90,000 more cars than the road was designed to handle. With more drivers on the road, the risks of a collision increase dramatically for everyone. All it takes is one negligent or reckless driver and suddenly there can be dozens of cars involved in a pile-up.

Is There Hope for the Future?

I-95 has definitely caught the attention of state legislators, many of whom promise to increase police presence and increase trooper pay. Florida has the fewest troopers per capita in the nation. And the budget is relatively small compared to other large states, like California.

However, until changes are made. drivers on I-95 must use extreme caution. Always remain aware of your surroundings and put any distractions away. Drive sensibly, providing enough of a cushion between you and the vehicle ahead in case you need to stop.

Should you be injured, contact Earnhart Law today. We have more than 30 years of experience and can meet for a free consultation.