What is the Florida Rescue Doctrine? 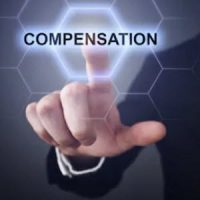 Imagine you are driving down the road when you see a car turned over in the ditch. Stopping your vehicle, you investigate further and find that a motorist is trapped in the semi-submerged vehicle, breathing in a small air bubble. If you don’t rescue the victim now, she could drown.

Believe or not, Florida does not require that a person rescue someone else, even if that person is on the verge of serious injury or death. There is a simple reason for this rule. To rescue someone from a dangerous situation also puts the rescuer at risk. And members of the general public (unlike police officers or firemen) never signed up to rescue people.

But should you try to rescue someone, you might be able to bring a lawsuit for compensation if you end up injured. As our Delray Beach personal injury lawyer explains, this is the “rescue doctrine” in action.

Were You Injured While Rescuing Someone?

We frequently meet with Good Samaritans who decided to stop and help someone in peril. However, they also ended up getting injured themselves.

A common example involves a person who sees someone getting attacked in a shopping mall or parking lot. The Good Samaritan rushes up to help the victim, only to have the assailant start attacking them. The Good Samaritan ends up suffering serious injuries, even if they manage to rescue the initial victim.

In this example, the store or mall might have failed to provide adequate security. Maybe there were not enough lights in the parking lot or no security officers were put on patrol. As a result, a criminal attacked the victim. However, the Good Samaritan might also be able to bring a claim for compensation even if they voluntarily put themselves in harm’s way.

There are other examples. A defective product could have caused a person’s clothes to catch on fire. As you help pat out the flames, you also get burned and need to go to the hospital. By virtue of helping someone out, you also suffer injury.

Legal Requirements to Bring a Claim

To sue for compensation, a Good Samaritan needs to show that certain facts existed that support the right to sue. These facts are called “elements,” and we need to establish the following:

As you can see, the victim does not need to have suffered an injury already. Being in imminent danger is enough. Also, you must act reasonably when trying to rescue someone. If you make a fast, illegal U-turn in your car to reach a victim and end up rolling over, you are not acting reasonably.

We Represent Good Samaritans Who Help those in Jeopardy

Earnhart Law will happily meet to discuss whether you have a claim for compensation. If successful, you should receive compensatory damages for a variety of economic and non-economic losses. Please call us today to schedule a consultation.