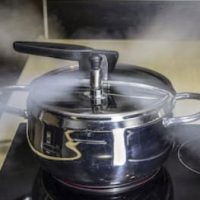 If you have been injured by a faulty pressure cooker, you might be able to bring a lawsuit for compensation. But you should consult with an experienced Delray Beach personal injury lawyer first.

Although they are very popular, pressure cookers have caused many significant injuries over the years. According to the National Injury Surveillance System, almost 40 people went to the emergency room because of a pressure cooker incident. When a cooker is defective, the building pressure inside the vessel can cause the entire contraption to explode.

Burns are very expensive to treat—and painful. Often, victims need the affected skin removed and new skin grafted onto the area, which can lead to complications, including infections. When bad burns cover a large part of the body, a victim can die.

The vast majority of pressure cookers are safe. If you are interested in using a pressure cooker, you can research reputable models and buy one that has a proven track record. Nevertheless, some common defects have led to burns and other injuries over the years, such as:

If you have been burned or otherwise injured, the key to your case will be to identify the defective or malfunctioning part. Often, pressure cookers are defective in how they are manufactured, though some designs might also be defective. When a pressure cooker is designed improperly, many people are hurt, and the product is often recalled.

What to Do after a Pressure Cooker Accident

If you or a loved one has been injured, do the following:

Earnhart Law has assisted many victims of defective products receive medical care, as well as compensation for lost wages and pain and suffering. If you want to talk about your case, please call us at 561-265-2220 for a free consultation.