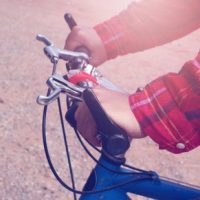 Many bicycle accidents are caused by careless drivers who plow into bicyclists at intersections or on the road. But some accidents are caused by defective bicycles. Recently, Ikea recalled almost 5,000 SLADDA bicycles because they pose a fall hazard as a result of bicycle belt breaks. If you recently purchased one of the bicycles, you should immediately stop using it and contact IKEA for a full refund.

The recent IKEA recall follows other bicycle recalls that removed dangerous bicycles from the market:

These are only some of the recalls over the past several years. To stay updated, visit the Consumer Product Safety Council website for the most up-to-date information.

When a person suffers injury caused by a bicycle defect, they can pursue a legal claim against the manufacturer and other parties. You might pursue a claim under one of the following legal theories:

Each of these theories is different, and the one you pursue will depend on the circumstances. Let your Delray Beach bicycle accident lawyer review the circumstances and identify which theory (or theories) to pursue.

After a bicycle crash, you might not know where to turn or who to sue. Sometimes, it is not even obvious that your bicycle is defective. As you try to recover from your injuries, you need to meet with a bicycle accident lawyer to review your options.

At Earnhart Law in Delray Beach, we have won full and fair compensation for our clients by pursuing as many different defendants as possible. If you would like to discuss your accident and whether you have a valid claim for compensation, please contact us today. Initial consultations are free.