Did the Truck that Hit You Have an Underride Bar? 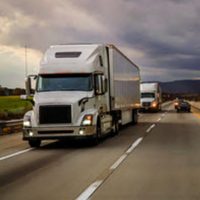 Truck underrides are dangerous accidents that are often fatal. In this type of crash, a vehicle traveling behind a semi truck fails to stop in time and rides under the trailer. These accidents are so deadly because the trailer can shear off the roof of the car and possibly decapitate passengers.

Fortunately, both state and federal laws require that semi trucks have underride bars, also called underride guards. They should stop a vehicle from sliding under the trailer during a collision. However, some trucks are missing these bars or others have bars that are faulty. Contact a Delray Beach truck accident lawyer today to review your case.

Bars Are Required Only in the Back of a Truck

Underrides can happen on any side of the truck, including the sides. For example, you might be speeding through an intersection when a semi cuts in front of you. You could easily slide under the side of the semi-truck.

However, the current law only requires that trucks put an underride guard at the back of the truck. This definitely helps prevent underrides when a vehicle is traveling too close, but it does nothing for underrides that happen at the side.

As a Forbes highlighted several years ago, side underride guards would save lives. In 2015, for example, 1,542 people died in collisions with semi trucks. Of those, 301 died when their vehicle struck the side of the trailer. In other words, roughly 20% of fatalities could have been prevented with side guards. Truck crashes also cost the public billions of dollars.

The Insurance Institute for Highway Safety (IIHS) has performed several tests over the years to determine whether underride guards can truly prevent crashes. The results have not been encouraging.

In 2013, for example, the IIHS performed tests with eight semis on the market, which made up roughly 4 out of 5 semi trucks sold. They ran several tests:

The results for the last test were most concerning. In that situation, only one semi passed the test. The other trucks would not have prevented a devastating accident from occurring.

Fortunately, truck manufacturers spent the next several years upgrading the safety of their guards so that they now are more effective. But this does not mean that the guard on a truck that you collide with is effective. It could be poorly designed or placed improperly on the vehicle. It might also need to be replaced after a collision, but the truck owner failed to.

Were You Hurt in a Truck Underride Accident?

At Earnhart Law, we can analyze your truck accident case to determine whether you have a valid claim against the trucking company or another entity. Please contact us today to schedule a free consultation by calling 561-265-2220.