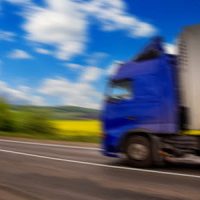 The Federal Motor Carrier Safety Administration (FMCSA) has authority for regulating the trucking industry in interstate commerce. Because so many large trucks drive across state lines, the FMCSA is the primary government agency in the United States dedicated to protecting the public from large commercial trucks.

In 2020, the agency created a clearinghouse where trucking companies reported drug and alcohol violations. Overall, 56,000 commercial driver violations were reported. And, according to EHS Today, an alarming 45,822 were for drug test failures. An additional 7,803 were for refusing to take a drug test—a clear signal that the driver knows he would fail.

These numbers are particularly alarming because drugs dramatically impair a driver’s ability to operate a big rig safely. Innocent members of the public get hurt as a result in truck accidents.

In total, 29,500 violations were for marijuana, which means that more than 1 out of 2 drug violations were for use of this drug. There were 7,940 for cocaine and 5,187 for methamphetamine. For comparison’s sake, only 1,203 were for alcohol, which is somewhat surprising. We would assume that more truckers would drink than toke up a joint.

Marijuana use continues to climb because more states are decriminalizing it for recreational use. Florida has been following the national trends, also. Many cities and counties have given police the power to avoid arresting people for marijuana but instead issuing a civil fine.

If drivers know that downing a few beers isn’t safe behind the wheel, they should know that doing a joint isn’t, either. Unfortunately, many drivers think otherwise.

Will the Problem Get Worse?

Drivers are screened for drug and alcohol use at different points. For example, they must undergo pre-employment screening. They also are required to take a test after any accident. Employers also perform random screening and anytime they suspect a driver is high or intoxicated.

Over half of the violations reported to the clearinghouse were for pre-employment violations. A little over 20,000 violations stemmed from random testing—which means that drug use is pretty widespread even though drivers know they should not be doing any psychoactive drugs while employed.

What to Do if You Are Injured

Marijuana DUI is a serious problem in Florida already. We anticipate it getting worse as more counties decriminalize use of the drug.

If you were hit by a truck driver, call the police. An officer can come interview the driver. If you smell marijuana or if the driver acts suspicious, tell the officer and your attorney.

All drivers involved in accidents should be tested for drug use. At Earnhart Law, we can find these drug results and use them to our advantage. Even if the driver was not intoxicated, failing to operate a rig carefully makes them liable.

Contact us today at 561-265-2220. You can meet with our Delray Beach truck accident lawyer for a free consultation.