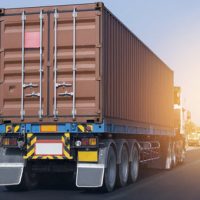 Although the trucking industry is one of the most regulated in the United States, fatal accidents have risen in recent years. After hitting a low in 2009, the number of accidents involving large trucks has risen to 415,000 in 2015. Of those, 3,598 were fatal. One contributing factor to the increase in accidents and fatalities might be the surge in elderly drivers behind the wheels of commercial vehicles.

According to a study by CBS News, about 10% of commercial truck drivers are aged 65 or older. This number has risen as workers delay retirement and the commercial trucking industry needs more drivers to ship goods around the nation in the rebounding economy.

Unfortunately, the number of trucking accidents involving drivers aged 70 or older has increased 19% from 2013 to 2015. In total, more than 6,500 accidents involved elderly drivers in a dozen states. This number is far higher than what you would expect given the number of elderly commercial vehicle drivers. If left unchecked, the numbers might only increase in the future.

Certainly, many people over 65 continue to drive safely, and federal law does not prohibit them from driving commercial rigs. Nevertheless, certain risk factors are associated with age, such as:

Any one of these could contribute to an accident. For example, an elderly driver might become tired much faster than a younger driver and either fall asleep or make a critical driving error which leads to an accident.

If you suffered injuries in a trucking accident, you might be entitled to compensation. Accident victims can receive money damages for medical care, lost wages, and pain and suffering. Contact Earnhart Law for a free consultation and case evaluation so you can begin the process of holding negligent drivers and trucking companies responsible.