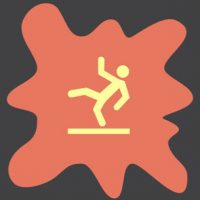 The Eleventh Circuit Court of Appeals has upheld a jury verdict in an important case that originated in Florida. The case illustrates the lengths that cruise lines will go to avoid paying compensation when their negligence injures a passenger. Our Delray Beach premises liability attorney breaks down the ruling.

The case stemmed from a trip and fall that a Michigan woman suffered while a passenger on a Costa Cruise.  Joyce Higgs had just filled up her plate at the buffet line when she rounded a corner and tripped over a bucket of dirty water. Because the bucket was behind a corner, she could not see it to avoid a crash. Higgs suffered a broken arm, along with a permanent shoulder injury.

Higgs’ grandson tried to take pictures of the bucket to preserve evidence of what happened. However, the cruise line prevented him from doing so. However, the cruise line had one of its employees perform an investigation, which included taking photographs of the scene. The company refused to turn over the investigator’s name to the victim’s attorney and denied that any pictures were taken. When they finally admitted the fact, they refused to turn over the photos, claiming they were privileged.

At trial, the judge punished the cruise line for failing to disclose the photographs and the identity of the investigator. The judge allowed the jury to infer that the evidence was damaging to the defendant. The appellate court upheld the judge’s decision.

Sad to say, this behavior is not unusual from cruise lines. They often fight having to turn over photographic or video evidence, even after being subpoenaed by an attorney. Injured victims need lawyers who understand how to put up a fight, otherwise they could be run over by the cruise line and never get the compensation they need.

Higgs actually had to go through two trials. She won the first, but the verdict was overturned on appeal. She also prevailed in the second trial, obtaining $61,000 in damages for her medical expenses and $1.1 million for her pain and suffering. The trial court reduced her medical damages to the $16,000 that her insurer paid.

On appeal, Higgs argued that she should have been awarded the full $61,000. The appellate court agreed with her, which is a significant win. Many federal judges in South Florida reduce medical damages in cases like these.  However, the appellate court clarified that victims are entitled to the “reasonable costs” of their medical care, which cannot be reduced because they purchased insurance. This ruling applies only to maritime cases, like other accidents on the sea.

The lawyers at Earnhart Law have over 30 years of experience helping accident victims in Delray Beach and surrounding areas. We stay abreast of recent changes in the law and use this knowledge to increase our clients’ compensation.

To schedule a free consultation, call us today or send us an online message.