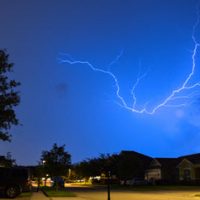 In the United States, thousands of people are seriously injured or killed by electricity. Almost anybody can be electrocuted, either at work or at home. If you have been injured, you should contact an experienced Delray Beach personal injury lawyer as soon as possible to discuss whether you can obtain compensation for your injuries.

Although young children might be electrocuted when they stick a knife into a light socket, adults tend to be injured because of the disruption of a controlled flow of electricity. Among the leading causes of electrocution are the following:

However you were injured, the key is to determine who is to blame. For example, a business that has exposed wires has not exercised proper care to protect its customers from injury. If a power tool or appliance is defective, then the manufacturer and others could be held responsible.

The electrical current can cause serious injuries, such as:

Sometimes, you might not be 100% certain you have been electrocuted, so look for the following symptoms:

If you think you have been injured, go to the emergency room immediately. Prompt treatment is necessary to minimize the damage as much as possible.

How to Treat an Electrical Burn

One common injury is a burn, usually at the site of the electrocution. Burns can be minor or serious, depending on the strength of the electrical current you confronted. You can treat your burn by doing the following:

At Earnhart Law in Delray Beach, we help injured victims receive compensation after a devastating injury, including electrocution injuries. If you were injured on someone’s property or on the job, you might have a valid legal claim for compensation.

To learn more about your options, please call 561-265-2220 to schedule a free, no-risk consultation.